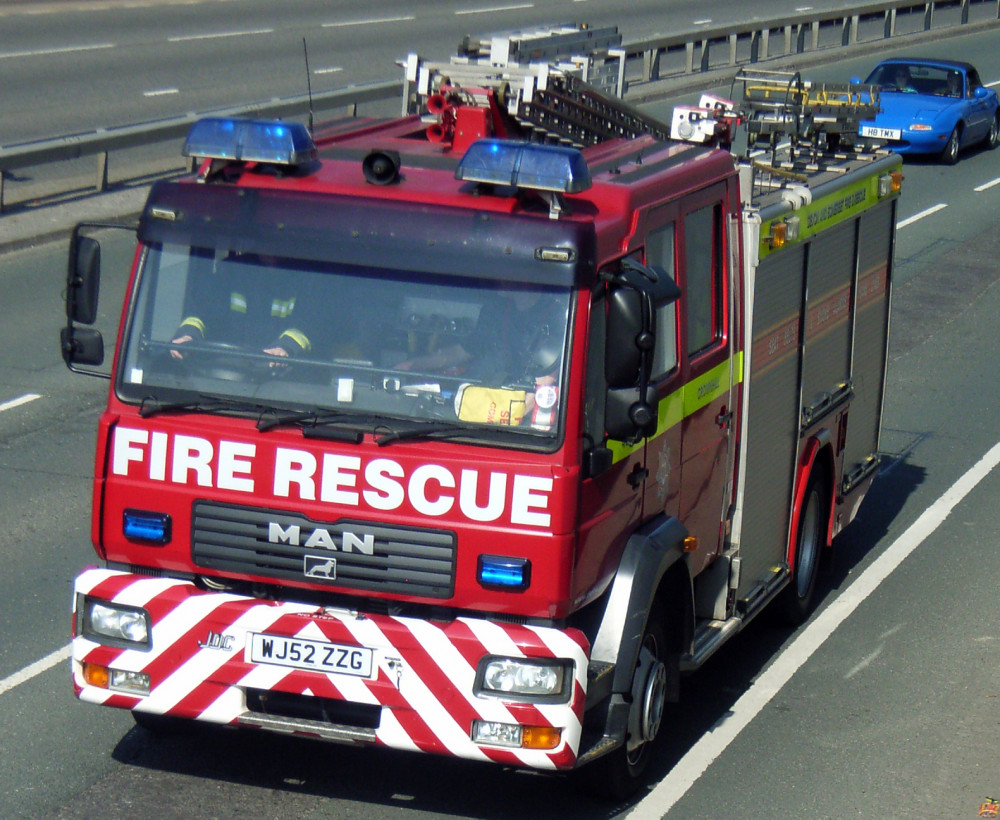 A spokesperson for Devon and Somerset Fire and Rescue Service said: "This was a two-storey building used as a leisure complex, the fire was located within the sauna area on the first floor, the fire spread to 40% of the property, the remainder of the building was damaged by smoke and heat.

Update 12.47pm: The main fire has been extinguished and crews are dampening down.

Teignmouth firefighters are currently at the scene of a fire at Devon Hills Holiday Village in Paignton.

The fire service was called after 7am this morning (Thursday 15 September) to a fire in the sauna of the site's leisure complex.

Around half of the roof is involved in the fire. More than 10 fire engines are at the scene.

People are being asked to avoid the A385 Totnes Road, which has been partially blocked for the fire service to access a hydrant.

A spokesperson for Devon and Somerset Fire and Rescue Service said: "We were called at 7.09am to a fire in the sauna of the leisure complex at Devon Hills Holiday Village in Paignton.

"The building is over two floors measuring approximately 40m x 20m. Approximately 50% of the roof is involved in the fire.

"We have more than 10 fire engines at the scene, as well as a water bowser for extra water. We are using an aerial ladder platform as a water tower to fight the fire. We also have two main jets in use.

"The A385 main Totnes road is down to one lane outside the park as are accessing a hydrant on the road. Please avoid this road if possible."