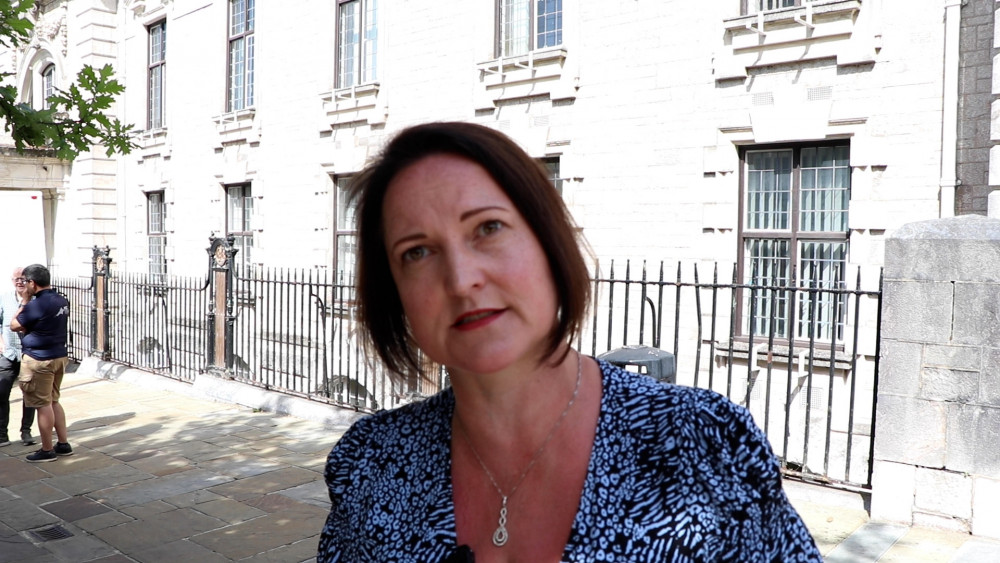 Devon and Cornwall's police and crime commissioner was slammed on Friday (25 November) over increasing wait times for 999 and 101 calls after it emerged callers were holding for an average of 25 seconds to have an emergency call answered.

But police and crime commissioner Alison Hernandez insisted she had urged temporary chief constable, Jim Colwell, to cut 999 waiting times to under 10 seconds by December.

The figures were discussed at the Devon and Cornwall police and crime panel where it was revealed there had been a sharp increase in people using the force's contact centre, with over 900,000 trying to get in touch, by phone or online in the 12 months to September 2022.

Panel member and Conservative councillor for Woolwell, Nicky Hopwood, was first to quiz the commissioner on the call times.

"When you're dialling 999 to go to wait eight seconds, which was what the previous score was in 2021 – it's now gone up [by] 18 seconds – it's really not good enough for the public and I don't think is acceptable," said Cllr Hopwood. "And I think you've agreed in the past it's not acceptable.

"When do you get to the point where you think, actually, you know what, we cannot sort this out – we need outside help because it's absolutely unacceptable to be up 18 seconds?"

Commissioner Hernandez admitted there were problems.  "There are some really serious issues that are affecting performance in that control room," she said.

"Over the years, they have brought in multiple people from outside to help, which I have supported them in. And they they do not seem to have been able to stabilise, let alone reduce the performance in that control room."

Cllr Hopwood insisted her comments were not to find fault with call centre staff.

"This is not a criticism of those who answer the phone," she said. "And I think that's really important to recognise that those answering the phone probably go above and beyond in their jobs."

But there was further criticism of the 101 service. Figures showed so-called 'priority 2' calls, which include things like anti-social behaviour or callers requesting updates about ongoing investigations, had average wait times in the 12 months to September 2022 of 38 minutes, six seconds.

Independent councillor for Fremington in North Devon, Frank Biederman, was critical of the police for not being able to show how many people may have given up on a 101 call to then phone 999.

"I find it unbelievable we don't know how many people are abandoning a 101 call to then ring a 999 call, because I suspect an awful lot of those 999 calls are people who have got really frustrated," he said.

"And then last week a resident's telling me they rang 999 because they intercepted an intruder in in the house. Again [they were] told it's not a 999 call – there's no immediate danger."

The commissioner replied to Cllr Beiderman, insisting she was taking the matter seriously and was pressing hard for improvements. She said: "All the tweaking, all the investing, all the messing – that fundamentally is a leadership and management challenge within the force.

"I have every confidence, Cllr Biederman, in both the temporary chief constable who has gripped this, who I have asked formally to answer 999 calls within 10 seconds, by December this year.

"They've told me informally and formally many times that the reason the performance in 101 dips is because they're answering the 999 calls.  And that doesn't seem to be the case with the performance that it's showing me today, because 101 would be way worse. And 999 would still be being answered."

Ms Hernandez said she was also asking for triage system to be used to assess the urgency of each call.

Later in the meeting the commissioner also announced she was launching a survey to find out which police stations in Devon and Cornwall people want to be re-opened.

Six enquiry desks are already opening this financial year and Ms Hernandez hopes to open more.  The public are being asked to choose three preferred locations from a list of 44 police stations in the Devon and Cornwall Police area.