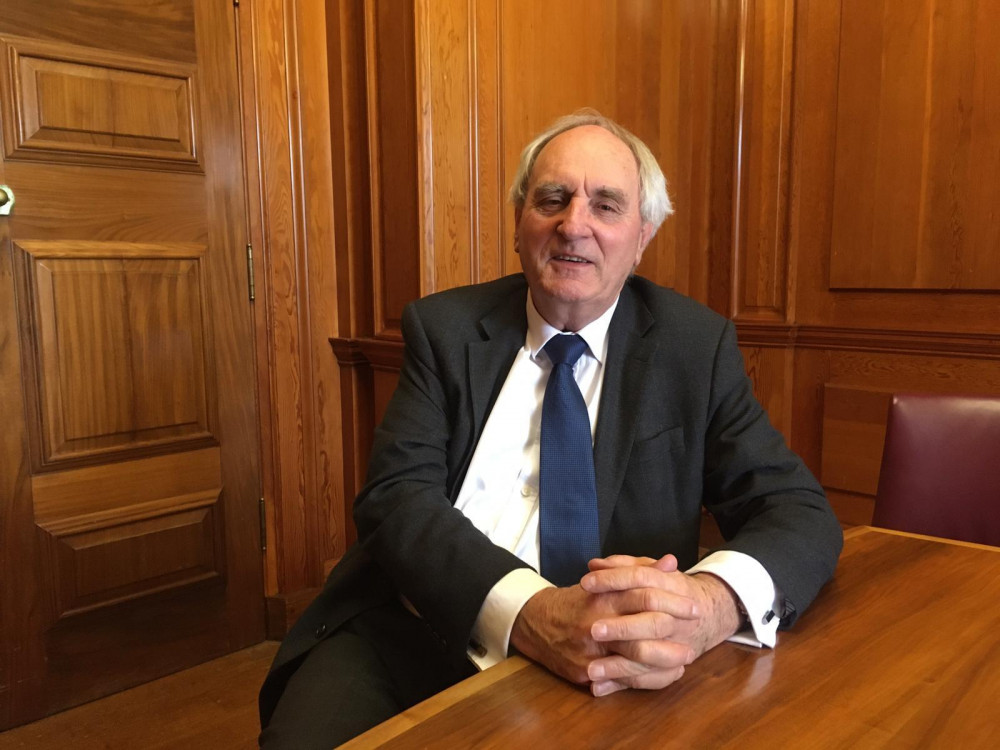 Some local authorities could go bust as income fails to keep up with cost pressures and inflation, the leader of Devon County Council has warned.

Devon recently predicted a potential overspend in this financial year of up to £40 million, with its finance chief saying the council has "never before faced a combination of demand growth and price shock pressures of this scale."

Conservative councillor John Hart, leader since 2009, says demand has gone up "far higher than we really anticipated" in children's and adult services, while soaring inflation is "something we didn't budget for" at the start of 2022.

It means some of the council's bills, particularly for highways projects, are now around 20 per cent higher than it expected last year.

"We have a choice," Cllr Hart said. "We live within in our means or we go bust.

While Devon is not one of them at the moment, Cllr Hart admitted the council does have financial troubles – due to a separate overspend on caring for children with special educational needs and disabilities (SEND).

The government has told councils to put SEND overspends into separate ring-fenced accounts for three years, which ends next April, while it develops a new funding plan.

Devon's share – effectively debt – is projected to rise to £119 million by the end of the arrangement, roughly the same amount it will have set aside in reserves based on current estimates.

But the council, along with a number of others, are still waiting to hear from the government about what will happen with the overspends.

Unlike the government, local councils have to balance their budgets by law every year and Cllr Hart predicts that a number of authorities "will go bust".

He adds: "There are a number that are getting very serious warnings at the present moment from their auditors."

In 2018, Northamptonshire County Council effectively went bankrupt twice, leading to it and seven district councils being merged by the government into two unitary authorities.

"I think we have a problem with local government funding," Cllr Hart said, "in as much [as] government has reduced its grant aid to local government and we have had to become much more reliant on council tax and business rates.

"Over the last few years, we've been responsible for the business rates and the council tax. We have been controlled, though, by government as to how much we could raise.

"We were able to take some extra money for social care [one per cent], and this council has always taken it because we do have an elderly population and we do have a very large social care bill, but that doesn't actually help the general run of everything.

"75 to 77 per cent of what we spend now is on care of some sort – looking after a very small proportion of the people of Devon… that doesn't give you much flexibility, then, to actually help the general public."

Last month's financial report to Devon's ruling cabinet said: "Immediate action [is] being taken to safeguard the financial sustainability of the authority."

A panel of senior officers is looking at options – work labelled as top priority. It could mean services are remodelled to save money and major building projects are delayed or cancelled.

Cllr Hart added: "I would like to think that we will be in a position by Christmas [or] early new year to have reduced our pressures for this year, which makes next year's budget a lot more saleable."